The oral care aisle at your local supermarket is flooded with a rainbow of mouthwash choices and flavors. But what do they all mean? Can there be a right mouthwash for each individual need? At our dental office in West Caldwell, we think so, and we’re here to explain several options available so you can choose the right one for you.

Fluoride mouthwash contains sodium fluoride, which is what dentists use to help build strong teeth and protect enamel from decay. Some people don’t need additional fluoride if they receive enough from their water or toothpaste, however, some individuals may benefit from the extra protection. A word of caution: fluoride mouthwash is not recommended for children under six.

Cosmetic mouthwashes don’t really pack the same punch as the other choices, but they can still be beneficial. This type of mouthwash is mostly used to give people that extra burst of fresh breath, but doesn’t really do much against fighting decay, strengthening tooth enamel, or protecting teeth.  A word of caution: mouthwash that contains alcohol may dry out the mouth and cause more dental problems.

If you’re looking for a more natural choice, there are some options that are free of fluoride and alcohol. The most common natural mouthwash comes in the form of warm water and salt. This concoction can reduce inflammation, ease gum bleeding, and fight against bacteria. A word of caution: don’t swallow the saltwater, just swish.

No matter which mouthwash may be the best for your dental needs, it’s important to remember that it’s not a replacement to brushing and flossing everyday, and seeing your dentist in West Caldwell at least twice a year.

If you have questions about which mouthwash to choose, or it’s time for your dental checkup, call our West Caldwell dental office to schedule an appointment today.

Serving patients from West Caldwell, Fairfield, Roseland and beyond. 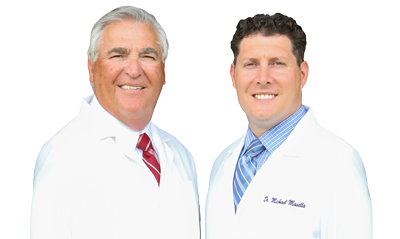